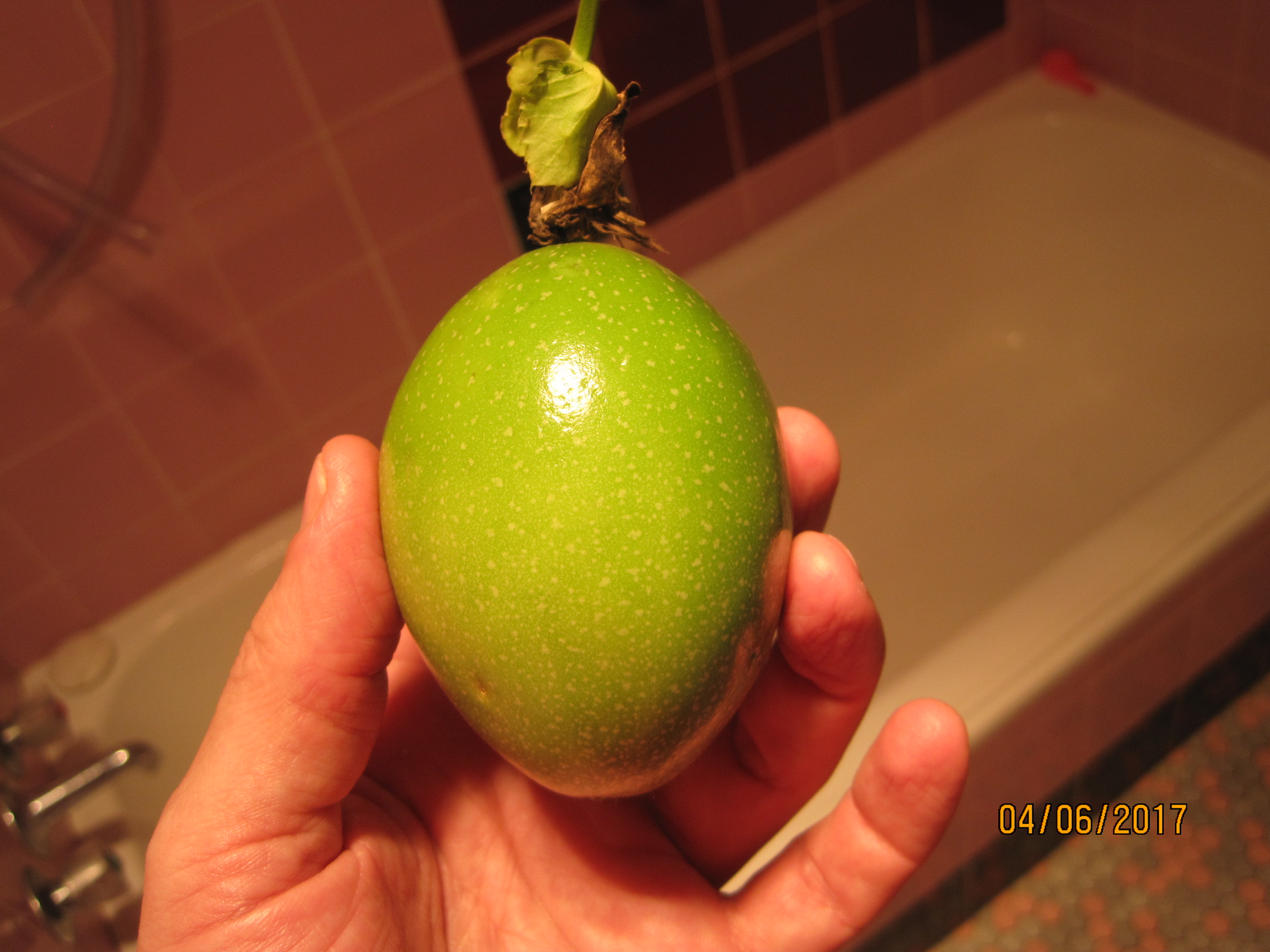 Is it a passionfruit? Can I eat this?

Word to the wise, Trader Joe's gingerbread cake mix is in fact not good years after it has expired (too rubbery) -- the pumpkin bread, otoh, faired just fine!

Any successes or failures for you lately?

What is the oldest canned food you've eaten?

How/why did that event occur (if you don't mind saying)?

R U DED? *any side effects or poor quality?

Anyone still read this comm?

I don't normally buy juice, but I bought a couple of Odwalla juice smoothies last night (bogo sale). I opened one this morning, drank a little bit of it, put it back in the fridge. How long before an opened refrigerated bottle goes bad? It says it's "extremely perishable".

Long time listener first time caller here. So last week on Sunday I prepared what was going to be an excellent meal - 5+ lb. of pork loin with mixed vegetables, seasoned just the way I like it. Tossed it in the oven for 3 hours, and came back to find the meat hadn't changed color. Apparently my oven needs repairs. So I called my landlord and was told that they couldn't send someone to fix it until Thursday.

Well, Thu came and went and they blew me off. And the meal has been sitting in fridge all week. Now I've been told by friends that meat, even after cooking, is only safe to eat after sitting in the fridge for three days tops, but I've eaten left overs of meals I've cooked for as long as two weeks with no ill effects, and cold cuts that have sat in the fridge for longer (and left overs from this meal were supposed to feed me for at least a week).

I have reason to think that they'll really fix the oven next Thursday, but will that be too late? Should I toss this meal I made myself, or is there a chance that I'll be able to cook it up and eat it safely toward the end of next week?

Lost in the bowels of our deep freezer and just unearthed with a sell by date of Sept '14.

So I have a half full bottle of Ken's Steak House Ranch Dressing that's been sitting out on my computer desk for two days and nights. It hasn't been hot or cold in the house. The first several ingredients are, "Soybean Oil. Water, Sugar, Egg Yolk, Distilled Vinegar, Buttermilk Solids, and Salt" just to name a few. It smells fine and the texture seems the same.

Can I eat this?

A friend of my boyfriend's just drank a soda that had been expired for six years prior because the instructions were in German and said German boyfriend neglected to inform her of what the bottle actually said on it. It may have been moldy.

How sick is she going to get?

Hi All, I'm packing food up, because I'm moving next weekend. I'm tossing most things that are expired.

But I have several (unopened) boxes of various pastas that are "best by" a YEAR ago. Some are just boxes of noodles, but a few have the dry powder 'sauce' packets, like Suddenly Salad and Annie's macaroni & cheese. Should I toss them or no?
Collapse